Business Safety: How to Protect Your Business from Floods

Natural disasters are problematic for every business, but no other natural disaster can often cost a company other than floods. Floods can ruin business operations, damage office equipment, and in worse case scenarios, fully submerge an office underwater.

It’s estimated that floods cost various US businesses $75 billion in damages during the last thirty years. Experts believe that it will only get worse as climate change continues to damage our world. This is why businesses have started to invest in flood-proofing their offices, even in places that aren’t prone to flooding.

Many states in the US are prone to flooding. Therefore, it’s a requirement for many businesses in this state to have some flood-proofing measures to defend their businesses.

Many states on the East Coast, such as North and South Dakota, Nebraska, Oklahoma, and Kansas, are prone to flooding. If your business is located in these states, then you should consider ways to flood-proof your business. However, as stated earlier, even companies in flood-prone states are starting to invest in flood-proofing systems.

This is because flash floods can occur almost anywhere nowadays.

The Danger of Flash Floods

Because of climate change, areas that don’t receive much rainfall are now getting hit by various storms yearly. These places tend to be poorly equipped against floods. In these areas, a slight flood can lead to flash floods.

Flash floods are fast but hard-hitting. They can leave offices thoroughly decimated in its wake, alongside many homes and other structures. This is the danger of flooding in states that aren’t prone to flooding.

So what can you do against floods? How can you prepare for them? The first step to mitigating every disaster is insurance.

You’ll never know when a flood will hit your office. Weather reports are still unreliable despite today’s modern technologies. With this in mind, you can only mitigate some damages caused by floods.

Insurance is your best bet when it comes to mitigating unpredictable natural disasters. Various insurance companies offer policies for companies that are in flood-prone areas. In addition, they offer compensation for damages, which can be your best option against flash floods. However, there are some things that flood insurance doesn’t cover.

Once you get flood insurance, it seems that the first step you should take is to get everything inside your office before a flood.

Get All Assets Inside Your Office

Some policies can end up covering assets that are outside the office if they are inside the office during the moment a flood hits your office. So assets such as the company car can be covered by insurance.

However, the most important thing is that assets outside your office have a better chance of being protected indoors. Make way for these assets days before the predicted flood will hit, and you should be able to save some of them.

Another thing you need to do is start hiring services that can help mitigate flooding within your office.

Plumbing is one of the essential services you should hire to mitigate flooding within your office. Clogged drains can lead to your office being submerged in floodwater. This means more long-term damages. The initiative of hiring a plumber to clear out any clogs or problems in your sewage system and mitigate floods from overflowing inside your office.

Many other services can help you out aside from plumbers. For example, a landscaper can also help you out. They can create landscapes that are resilient against floods. They can even redirect water directly to your sewage, so you can avoid flooding in certain areas outside your office.

Consider hiring these services if you want maximum protection against a flood. 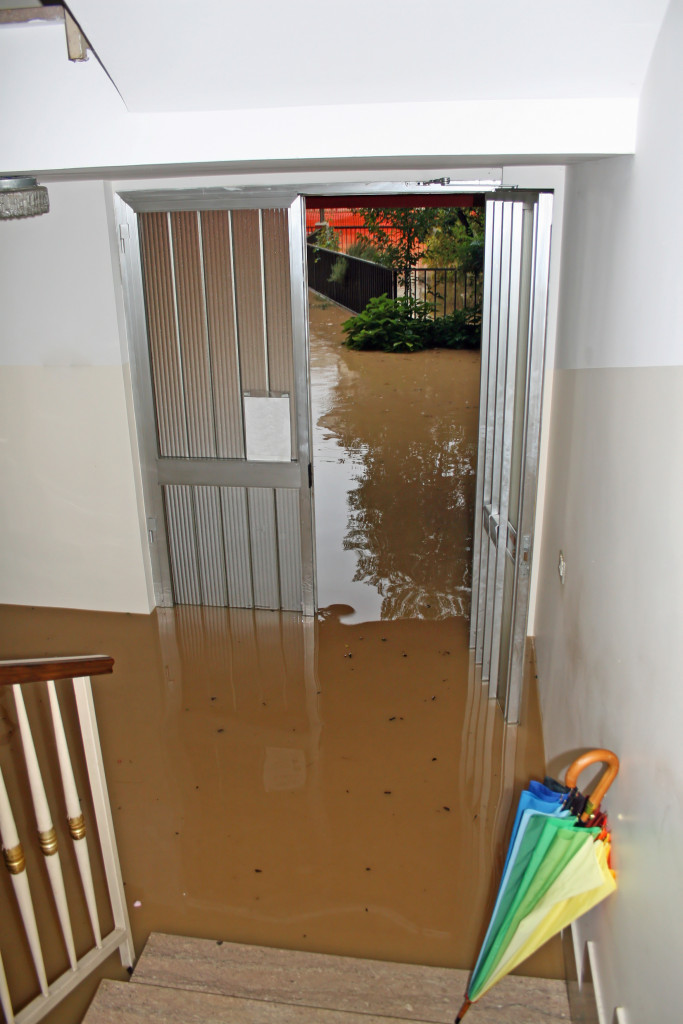 Lastly, you should consider certain items, such as installing a flood stopper in your doors and windows to prevent floods from entering your office. This is vital for offices that are found on the first floor of a building.

These items can act as your secondary defense against floods. They don’t work very well against flash floods, but they can certainly stop some floodwater from coming in, hence mitigating more damage inside your office.

Floods aren’t the scariest natural disaster out there, but they can be the most costly because of their frequency. Businesses that aren’t prepared for such a disaster can easily lose all of their funds after a flood. Prepare your business for it so that this doesn’t happen to you.